Write ONE WORD AND/OR A NUMBER for each answer.

●   The building is no smoking

●   Don’t touch the system that controls the volume

●   Chairs and tables must be piled up

Write ONE WORD for each answer.

Advice about visiting the farm

Label the map below.

Write the correct letter A-I, next to Questions 15-20. 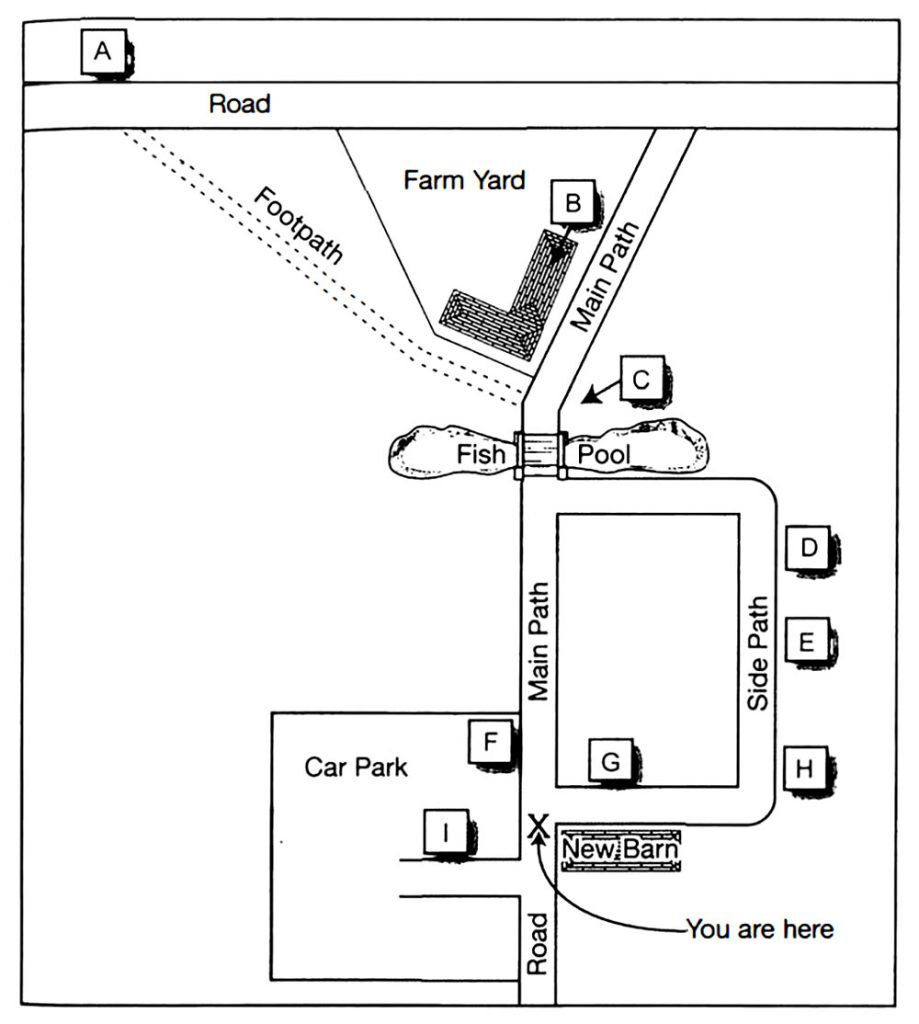 Choose the correct letter, A, B or C.

Study on Gender in Physics

B   psychology or physics.

22   The aim of Miyake’s study was to investigate

A   what kind of women choose to study physics.

B   a way of improving women’s performance in physics.

C   whether fewer women than men study physics at college.

23   The female physics students were wrong to believe that

A   the teachers marked them in an unfair way.

B   the male students expected them to do badly.

C   their test results were lower than the male students’.

24   Miyake’s team asked the students to write about

A   what they enjoyed about studying physics.

B   the successful experiences of other people.

C   something that was important to them personally.

25   What was the aim of the writing exercise done by the subjects?

A   to reduce stress

B   to strengthen verbal ability

26   What surprised the researchers about the study?

A   how few students managed to get A grades

B   the positive impact it had on physics results for women

C   the difference between male and female performance

A   the length of the writing task.

B   the number of students who took part.

C   the information the students were given.

28   Greg and Lisa decide that in their own project, they will compare the effects of

B   a writing task with an oral task.

A   were most effective when done by all-women groups.

B   had no effect on the performance of men or women.

C   improved the results of men more than of women.

A   talk to a professor

B   observe a science class

C   look at the science timetable

Write ONE WORD ONLY for each answer.

●   at first only identified on land

●   found these were all located where ocean currents meet

–   near volcanoes on the ocean floor

●   increase the number of ocean reserves