Complete the table below.

Write ONE WORD AND/OR A NUMBER for each answer

Who is each play suitable for?

A     mainly for children

C     suitable for people of all ages

What does the speaker say about each of the following collections?

Choose SIX answers from the box and write the correct letter, A-G, next to Questions 11-16.

B     was recently publicised in the media

C     includes some items given by members of the public

D     includes some items given by the artists

E     includes the most popular exhibits in the museum

F     is the largest of its kind in the country

G     has had some of its contents relocated

14   ‘Around the world’ exhibition

Label the plan below. 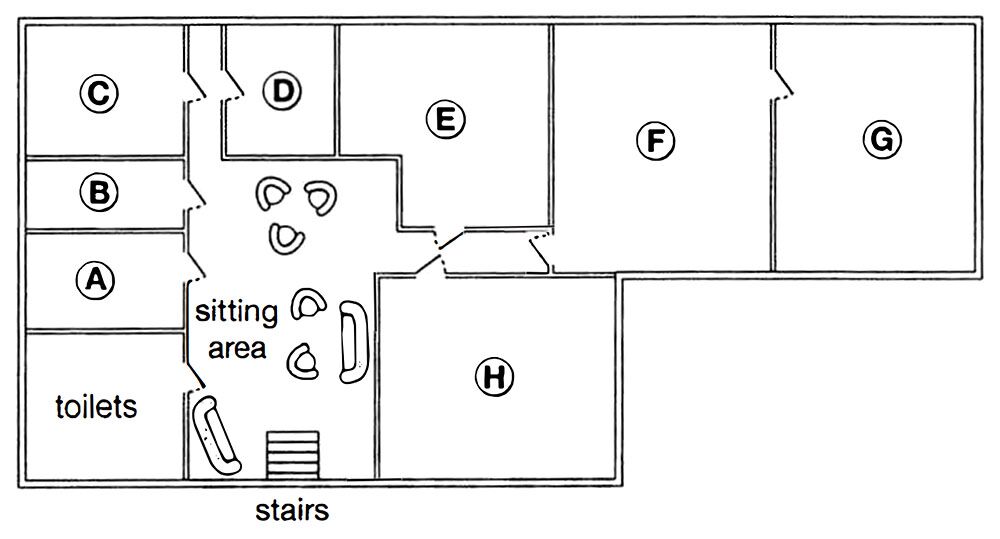 Which TWO characteristics were shared by the subjects of Joanna’s psychology study?

A   They had all won prizes for their music.

B   They had all made music recordings.

D   They had all toured internationally.

E   They all played a string instrument.

Which TWO points does Joanna make about her use of telephone interviews?

A   It meant rich data could be collected.

B   It allowed the involvement of top performers.

C   It led to a stressful atmosphere at times.

D   It meant interview times had to be limited.

E   It caused some technical problems.

Which TWO topics did Joanna originally intend to investigate in her research?

B   audience reactions to the dress of performers

D   how choice of dress relates to performer roles

Choose the correct letter, A, B or C.

27   Joanna concentrated on women performers because

A   women are more influenced by fashion.

B   women’s dress has led to more controversy.

C   women’s code of dress is less strict than men’s.

28   Mike Frost’s article suggests that in popular music, women’s dress is affected by

A   their wish to be taken seriously.

B   their tendency to copy each other.

C   their reaction to the masculine nature of the music.

29   What did Joanna’s subjects say about the audience at a performance?

A   The musicians’ choice of clothing is linked to respect for the audience.

B   The clothing should not distract the audience from the music.

C   The audience should make the effort to dress appropriately.

30   According to the speakers, musicians could learn from sports scientists about

A   the importance of clothing for physical freedom.

B   the part played by clothing in improving performance.

C   the way clothing may protect against physical injury.

Write ONE WORD ONLY for each answer.

●   It was suggested that carbon from soil was entering the atmosphere

●   carbon was lost from the soil when agriculture was invented

●   uses established practices to make sure soil remains fertile and 35……………..

●   e.g. through year-round planting and increasing the 36…………… of plants that are grown

Future developments may include:

●   reducing the amount of fertilizer used in farming